When it comes to writing, there are a plethora of awards that a person can get, depending on the genre and style of their writing, as well as whether they’re writing fiction or nonfiction. You can also get different awards based on the form. The novel, novellas, short stories, dramas, all of them get their separate categories. Here is a list of famous authors who recently got awarded. 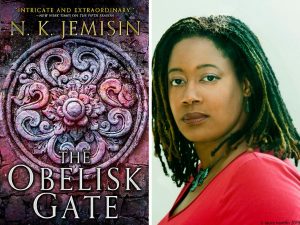 This author got awarded with a Hugo award for 3 consecutive years, 2016, 2017 and 2018. All of the awards were for one series, namely the Broken Earth series. The books which got the awards are in order, The Fifth Season, The Obelisk Gate and The Stone Sky.

The setting is a supercontinent on a planet, where every couple of centuries, the inhabitants have to endure destructive climate change known as the Fifth Season. The Stone Sky also won the Nebula award, while The Fifth Season and The Obelisk Gate were nominated for it. You can’t win more prestigious science fiction awards than the Hugo and the Nebula, and she won 3 Hugos and 1 Nebula in 3 years. 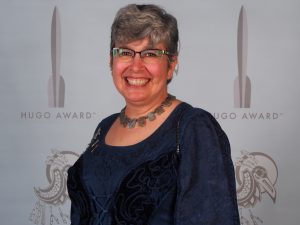 She won two Locus awards for her Ancillary Mercy and Ancillary Sword books, parts of the Imperial Radch trilogy. The two books were also nominated for Hugos and Nebulas, respectively.

The setting is a couple of thousand years in the future and features an expansionist human empire, controlled by an artificial intelligence. It is a space opera which tells a story wonderfully and will have you reading through the pages really quickly.

Charlie brings us two very interesting books. The first one is a novelette called Six Months, Three Days. Its story is that of two lovers who know that their relationship is doomed from the start, as they are both precognitive. Doug and Judy engage in that relationship, regardless of knowing the exact time and date of its ending. This novelette won a Hugo award in 2012.

The second is a novel, called All the Birds in the Sky. This one also follows two people, one of who is a witch, while the other a techno-geek. This novel is a science fantasy novel and it won many awards, namely the 2017 Nebula award, the 2016 Crawford award and the 2017 Locus Award for Best Fantasy Novel. Both of the stories are great and should keep you interested for a while.

He brought us the Remembrance of Earth’s Past trilogy, where two of the books won prestigious awards. The first book, called The Three-Body Problem won a Hugo award in 2015 and was nominated for both the Nebula and the Best SF Locus award. The third book from the trilogy, called Death’s End won a Locus Award for Best Science Fiction Novel in 2017 and was nominated for the Hugo award in the same year.

The trilogy follows the Earth in an interesting futuristic setting, where the world is invaded by artificial intelligence and fights for its survival. There are plenty of stories to enjoy in these novels.

If you want to read interesting authors, then these award-winning ones should keep you busy for a while, especially because all of them have written trilogies or series. Consider them for your next trip.