Video games are constantly improving but ever since they appeared, they have taken over the heart of both young and old. Some might even say that they are more popular than books! Even though there are some games that can be played only in online casinos and that provide bonuses like Sugarhouse Casino promotional code 2019, the majority of people play multiplayer online games with others. Incidentally, these are the games that many books are written about. Check out some of the best books you can read, which are based on video games.

Mass Effect: Retribution is based on the very popular sci-fi RPG trilogy called Mass Effect. For everyone who played Mass Effect 2 and fell in love with one of the main characters called the Illusive Man, this book is a must-read.

Dive into the world of Cerberus, a pro-human black ops organization which is bent on finding a way to combat the Reapers, a gigantic threat to the entire galaxy. The Illusive Man wants the galaxy to survive, of course, but is willing to do almost anything to make humanity stronger. His means are ruthless and his will is singular. This book will make any Mass Effect fan happier. 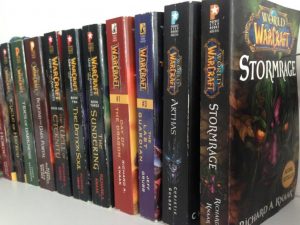 BioShock is an RPG video game which takes place in the city of Rapture. You will find quite a lot of interesting things in that city, some will surprise you, others will shock you.

After the Second World War ended with the bombings of Hiroshima and Nagasaki, the world was afraid. A person named Andrew Ryan became the embodiment of rags to riches and created a utopia with no government observation or censorship, a city under the sea called Rapture. The city didn’t last long, and this is the story of its creation and fall. Based on the works of Ayn Rand, both the games and the book serve as a warning. 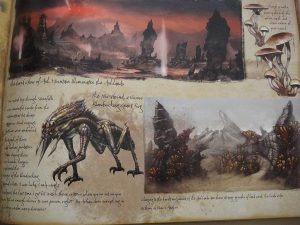 Whenever Umbriel’s shadow is cast, people die and rise again. Umbriel is a floating city in the Elder Scrolls universe. It is threatening to ruin the entire continent of Tamriel and make things worse for everyone. A few people are bent on stopping it. This book is a must read for any fan of the Elder Scrolls series, especially those who played the game Oblivion, as the book is set forty years after the events of Oblivion. Take note, you might find it difficult to follow the book as it assumes you are (very) familiar with the lore.

Halo is another very popular video game series, and the book tells us the story of the fall of planet Reach, the last fortress between Earth and the enemy known as the Covenant. Reach’s forces are vastly outnumbered, yet the planet itself holds a very significant secret. It is a training facility for super soldiers called SPARTANS. The book itself does not focus on the war and shooting, but rather the SPARTANS themselves. It is a great and surprising read which every Halo fan should consider.

These are some of the best novels which were based on video games. There certainly are more of them, yet these definitely tell a good story.