Ever since 2004, the Oxford Dictionaries site came up with the idea of having a Word of the Year award. Every year, a word which defined that year would be awarded first place. Every year, they would also explain why that said word won the award. They also provide us with explanations of the runner-up word as well as many others on the list. 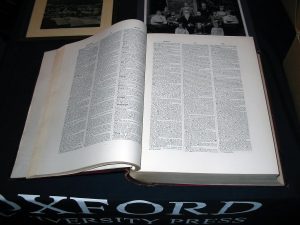 If you ask Oxford Dictionary as to why the word toxic defined the year 2018, they give you several explanations.

Toxic comes from the Greek words toxikon pharmakon, meaning poison arrows or poison of the bow. When it was absorbed by the Latin language, the word toxicum remained, which was the Greek word for bow, but instead became poison in Latin. Today, toxic is used to describe a variety of things, from the toxic wastes, fumes, and the air we breathe, to the less physical and more metaphorical states like toxic work environments, toxic school environments and even toxic video game environments.

The word toxic was used all-year-long throughout 2018 and was chosen as the defining word for the year. The reason for that is not just one domain where the word was used, such as newspapers, but also politics and social networks, including video games. 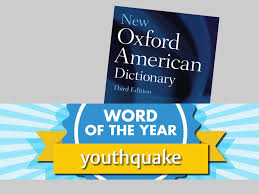 This word is a bit more interesting than the previous one, as it is a bit more recent than toxic. Youthquake means a change, a significant one, whether cultural, political or social, which arose from the actions of the younger people.

Youthquake as a word was coined in 1965 when Diana Vreeland of the Vogue declared that the said year was the year of the youthquake.

Jumping back to 2017, the UK and New Zealand saw many younger people engage in politics. The word youthquake was then quickly taken by both the press and the politicians, the main reason being the elections. The word, however, remained in use even after the elections.

The Oxford Word of the Year is an amazing and very interesting award, where a word gets its award due to its significance and usage in the current year. If you want to know more about the previous winners, the site can present you with quite an interesting read, especially when you compare the winning word to the rest of the words on the list.